Traffic Modeler (TraMod) is a tool for transport modeling developed in collaboration between traffic engineers, IT and GIS specialist. It can be fully implemented in server environment with an application programming interface (API) for mobile and web applications. This creates an opportunity for a city or a region government representatives to test various traffic scenarios within seconds without a need to install and learn how to use desktop traffic modelling software or contacting traffic engineers every time a new roadwork appears in the region.

See a modeled road closure and traffic restriction together with an expected traffic flow modeled on the left side of the picture below (red ~ traffic jam) and their impact to traffic flow on the right side (red – incfreasing traffic, blue, decreasing traffic). 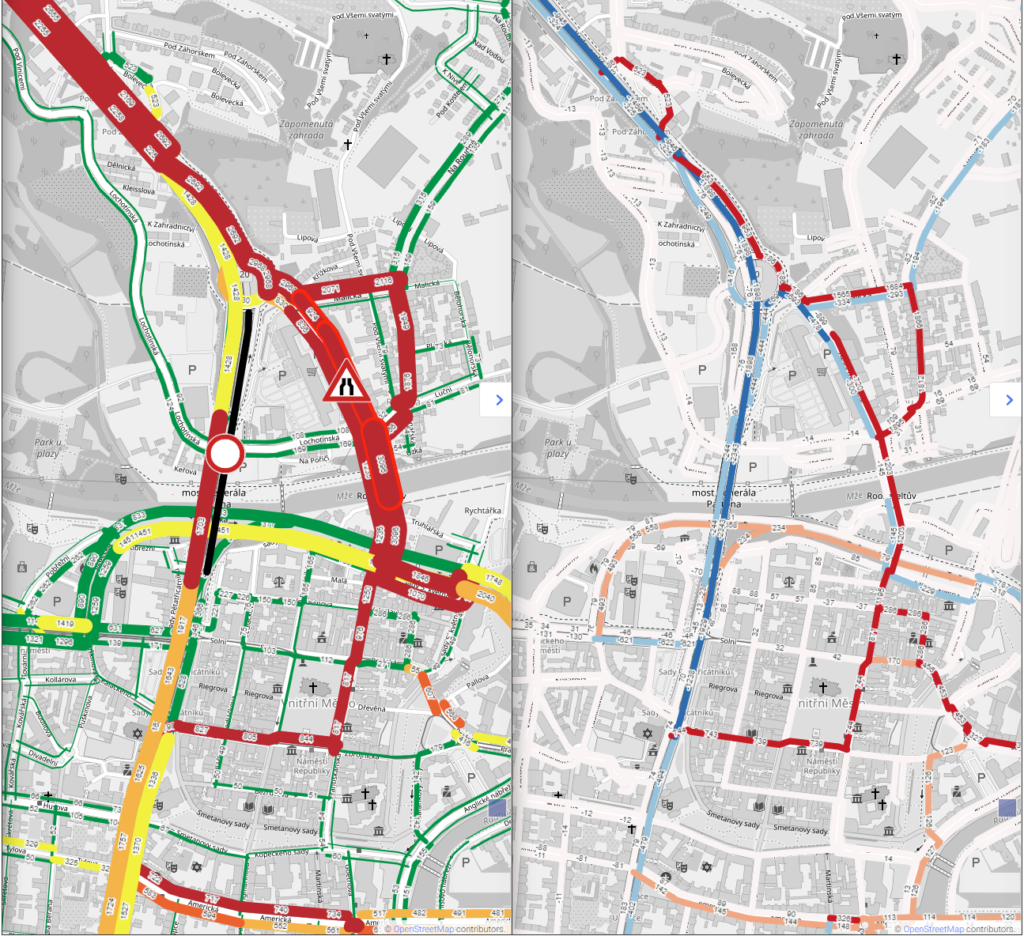 How does it work?

TraMod is a server based solution for regional traffic modeling that allows city or a region planners to change various network parameters (see Key Features) and see the effects of those changes in traffic flow in near real-time. This is made possible by  TrafficModeller’s API.

This solution is currently being developed for a pilot area of interest – the city of Pilsen. With a Traffic Modeler Application (TraMod App) city planners will be able to plan long term road closures as well as prepare for short but significant changes in traffic flow such as an important sport/culture event in a city. A TraMod App will also allow sharing and publication of designed traffic models.